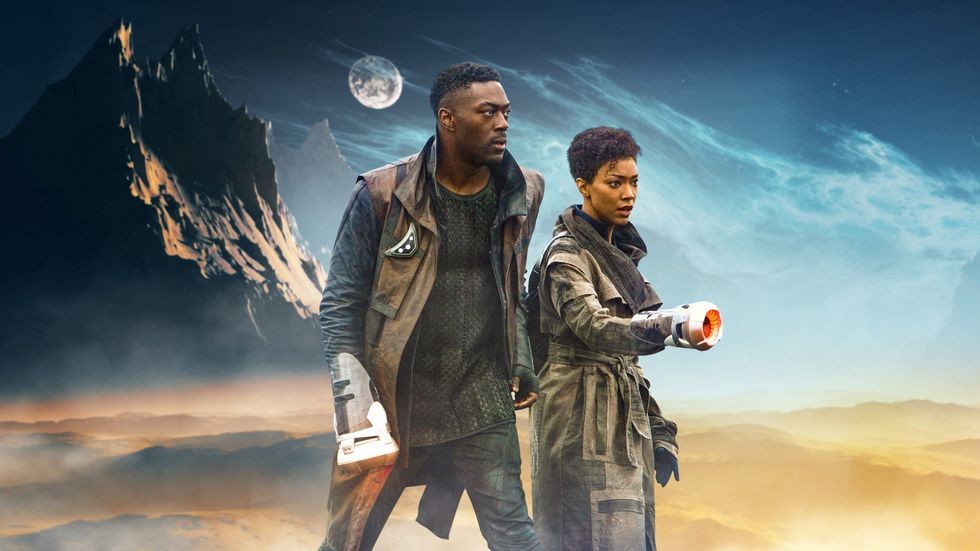 The Oscar season has begun – sort of. While theaters aren’t open right now, Netflix is going into prestige movie overload this weekend with the release of The Trial of the Chicago 7, the newest movie from screenwriter and director Aaron Sorkin.

That’s the weekend’s big movie, but streaming services have other awards-friendly films coming in the ensuing weeks and months, too, with Sofia Coppola’s On The Rocks landing on Apple TV Plus next weekend. The big movie of the season will likely be Mank – the newest picture by director David Fincher (Zodiac, Gone Girl), which arrives on December 4.

This weekend, though, you’ve got plenty to enjoy streaming, from big-budget French vampire drama to the latest Star Trek release. Check out the highlights below.

The Trial of the Chicago 7 (Netflix)

Netflix’s big prestige movie of the month is The Trial of the Chicago Seven, the second movie directed by The West Wing, Steve Jobs and The Social Network screenwriter Aaron Sorkin – his first was the overly long Molly’s Game.

It’s about the trial of seven anti-Vietnam War counterculture figures who were arrested after protesting the Democratic National Convention in 1968, and were charged by the federal government for conspiracy to incite a riot.

It’s Nixon’s administration and the cops versus the hippies and academics, to really oversimplify what the film is about. And long courtroom drama scenes are a perfect fit for Sorkin’s fondness of big speeches – especially when they’re being acted out by the likes of Sacha Baron Cohen, Jeremy Strong, Eddie Redmayne and Yahya Abdul-Mateen II.

Critics have pointed out that, like Steve Jobs and The Social Network, the story takes liberties with real-world events. That’s very much become the way with Sorkin biopics – but this storytelling style has worked to date, and critics like this movie a lot. One to watch this weekend, if Sorkin’s your sort of thing.

The third Trek series of the year began this week, as Discovery heads to the far future of Gene Rodenberry’s universe for new stories. The extremely likeable crew and great ensemble cast of Discovery is always the reason to tune in – even when the show bites off more than it can chew storytelling-wise. Plus, the show’s effects are always outstanding. Episode 1 of season 3 is now on CBS All Access in the US and Netflix internationally.

Marvel TV will finally be in the hands of the people behind the MCU movies, beginning with this year’s WandaVision on Disney Plus. Until then, though, a few more shows are still in the offing from the old Marvel TV team behind the Netflix Marvel series, including this supernatural crime series. It’s about two siblings, the Helstroms, children of a serial killer, who seek to help solve grisly crimes with a supernatural edge. It looks like a less sarcastic version of Lucifer.

Annoyingly, this one doesn’t seem to have a home outside the US yet – it’s a Hulu exclusive for the time being. What year is this, 2003?

Britain produces a lot of mediocre shows featuring law enforcement, but when it comes to hard-to-watch true crime dramas, they’re usually on form. Critics raved about this drama based on the arrest of prolific serial killer Dennis Nielsen when it released in the UK last month (it’s currently streaming on ITV Player) – now US viewers with the Sundance Now streaming service can check out David Tennant’s powerhouse performance. There are three episodes total, released once per week every Thursday in the US.

If your first thought upon hearing the title of this French Netflix drama was that it was going to be an expensive period piece, you’re actually only half right. It has period detail and real historical figures, sure, but this is actually a horror-tinged historical series, about a disease called Blue Blood that leads aristocrats to kill commoners – it looks like a vampire drama, basically, and a lavish one at that. The first season is out now.

This documentary is about Fox Rich, a businesswoman and mother of six who’s patiently spent two decades of her life fighting for the release of her husband, Rob Rich, who’s serving 60 years for a bank robbery committed in the ’90s. Using a mixture of old video diaries sent to her husband and a look at her challenges in securing his release in the recent past, this film examines the deep flaws in America’s prison system and the impact it has on separated families.